MMG was originally famous on what was then the Wrestlecrap Forums for his "Mercadivas". These were Photoshops of various women wrestlers with his face on them. For reasons unknown, he was banned from the board in 2007. He was allowed back under a different name in 2009.

Near the end of 2008, the initial AIM Chat bannings occured. MMG was one of the first to join BOB. The banned members were allowed back onto Wrestlecrap for a short time, until MMG himself alerted the moderators exactly what was really going on with the poster known as Miss Kendrick. The founders of BOB were never again allowed on Madison Carter's Wrestlecrap Forum. This branded Greene with the nickname "Mole", for a short while.

Chris was forgiven and continues to be an on again, off again member of BOB to this day. Some say that without his actions, the Banned of Brothers may have been allowed back onto WC permanently, leading to the demise of the group. This continues to be debated.

MMG has had a long standing feud with Peter Crawford, who claims that MMG is moody, and can't take what he dishes out. What can't be debated is that Greene has left and come back to BOB more than every member put together.

If there is anyone that MMG insults as much, or even more than Pete, it's AM. After not recieving his BOB Christmas Present, Chris said that AM was a "smelly ass".

As a teenager, MMG was hired at a local McDonald's. After a few years of gainful employment, MMG accepted a position at nearby Hannaford Grocery from 2001 until 2005. Despite his claim that he was "practically running it", MMG worked the winter of 2005 at KB Toys. It was there that his collection of action figures blossomed. In 2006, MMG joined Little Caesars and would work there for the next nine years before being let go in 2015. 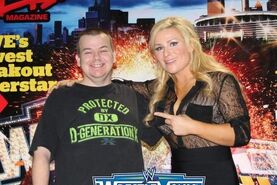 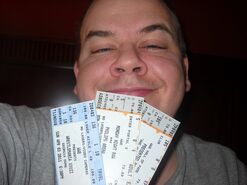 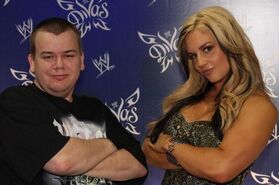